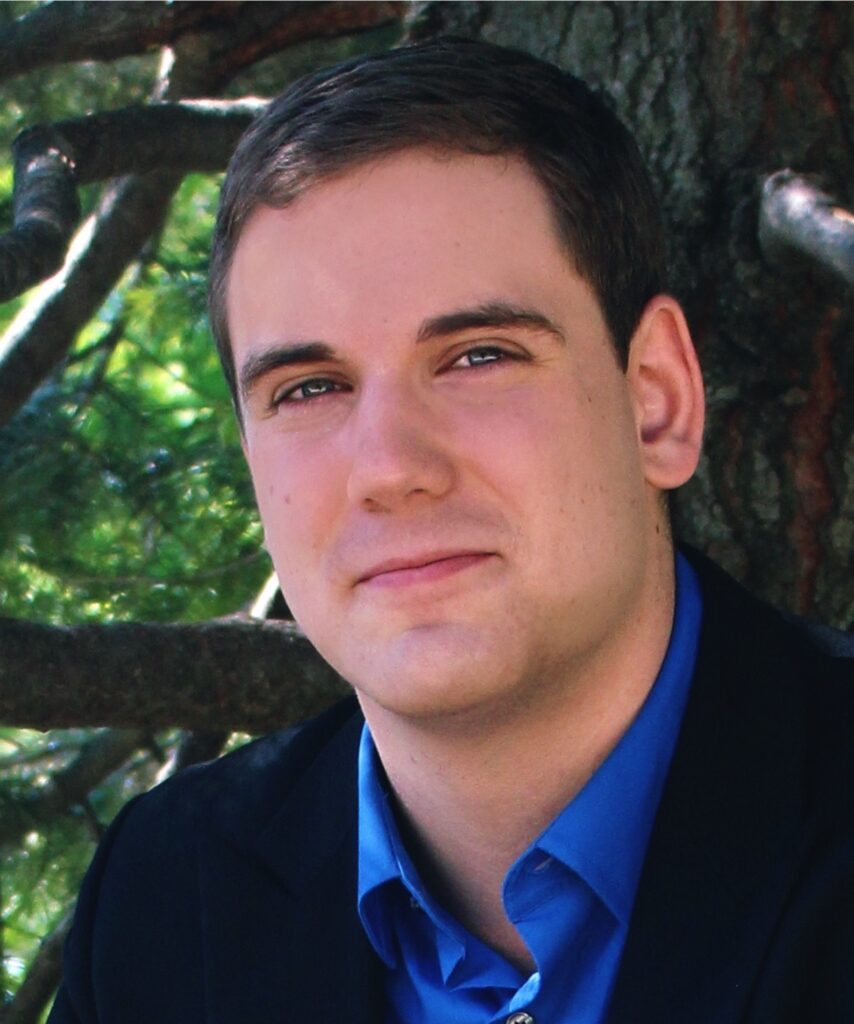 Benjamin Hanson is a conductor and baritone with a background in church music leadership and vocal pedagogy. He holds a master’s degree in Choral Music from the University of Illinois, where he studied conducting with Andrew Megill and Ollie Watts Davis. During his studies he conducted many of the University’s curricular ensembles, including the UIUC Black Chorus, Chamber Singers, and University Chorus, and also directed the choirs at the Unitarian Universalist Church of Urbana-Champaign. Before moving to Illinois, Benjamin served for several years as the Music Director at All Saints-by-the-Sea Episcopal Church in Santa Barbara, CA.

A native of Wisconsin, Benjamin completed his undergraduate degree in Vocal Performance from the Conservatory of Music at Lawrence University, where he studied voice and vocal pedagogy with Kenneth Bozeman. Benjamin enjoys performing as a concert soloist, including as the primary soloist in the recent North American premier of Johann Hummel’s Exodus oratorio, “Der Durchzug durchs Rote Meer.” In 2019 he was selected to be the Vocal Fellow and featured soloist at the N.E.O. Voice Festival in Los Angeles, CA, where he premiered over a dozen works for choir and solo voice. For the past two year Benjamin has performed as a Young Artist Fellow at the Illinois Bach Academy, where he has studied voice and period performance practice, and performed as a soloist in several Baroque oratorios.

Outside of performance, Benjamin enjoys his work as a freelance music copyist and engraver, and particularly enjoys creating modern editions of Renaissance works from original prints. He currently lives in central Illinois with his partner and two cats.